By Morbid
8/11/2014 9:47 am
Both teams played great run D so this game came down to the passing game and the D stepping up. Was a good game for TB in front of the home crowd to come away with the win after D stepped up big in the 4th Q with some stops. 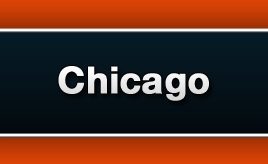 By King of Bling
8/11/2014 11:06 am
That was a fun game to watch. The owners of New England in the AFC and Tampa Bay in the NFC deserve big props as they have both got their teams playing very well and coming into the season, neither was a contender.

Also was surprised to see 2-time defending Super Bowl Champion Cincinnati go down. Their D was really banged up and it showed. I'm sure Davesgang will be back though and whatever the case; props on the TWO TITLES!


Congrats to all the playoff teams.

By Phinsfan
8/13/2014 9:48 pm
Great game to watch, at the edge of my seat the whole way but to no avail we lose to St. Louis. I knew they were a great team and would be hard to beat. 4 int's and 2 fumbles didn't help. In the first half were up 10 with opportunities but St L would cause a turnover or play tough D. we held them to FG and I believe we were up 10-6 at half and knew we could be in trouble as the St L offense hadn't shown yet...they did show and also continued to force us into turnovers. tough to watch a loss like that but we tip our hats to St. L and oukjweather...gg.

gl to the remaining playoff teams